This personal film follows the directors’ son and his best friend from their first day of kindergarten through high school graduation, and how their lives diverge. This award is sponsored by The Reva and David Logan Foundation.

The Jury, Greg Barker, Nina Davenport, and Tia Lessin, stated: “We chose this film – which spans twelve years in the lives of two African American families – for the elegance and honesty with which filmmakers Joe Brewster and Michèle Stephenson tell the story of their son Idris and his best friend Seun growing up in Brooklyn. This epic cinema-verite film is at once a revealing and affecting depiction of the contemporary black male experience and a deeply personal and beautifully observed portrait of a family.”

Congratulations to Michele Stephenson and Joe Brewster, and the whole team.

ABOUT THE FULL FRAME FILM FESTIVAL: One of the nation’s premier documentary film festivals, Full Frame is celebrating its 16th annual festival. For the first time, Full Frame is a qualifying event for consideration for nominations for both the Academy Award® for Best Documentary Short Subject and The Producers Guild of America Awards. 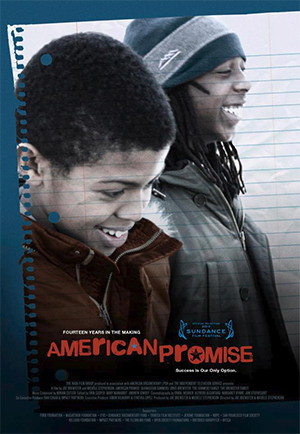