American Film Showcase (AFS) was proud to have completed its first in-person exchange in over 18 months! Working with the U.S. Embassy Denmark and Filmshúsið (Faroese Film Institute), composer Miriam Cutler traveled to Copenhagen and Tórshavn to lead a weeklong series of master classes on composing for documentary with emerging filmmakers and film students.

In addition to the in-person program, this fall AFS produced over 50 virtual screenings, masterclasses, and workshops in partnership with 26 U.S. Embassies. Among those was a collaboration with the Africa International Film Festival (AFRIFF) and the U.S. Mission Nigeria. AFS produced a multi-day animation workshop led by the co-creators of Emmy Award-Winning animated series Lost in Oz, Jared Mark and Mark Warshaw. Over four days, eleven animation artists from Nigeria workshopped their project pitches and learned what it takes to bring an animated show from idea to market. 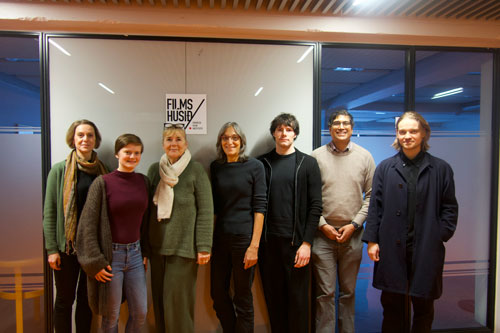